What is a “Mixed IC” 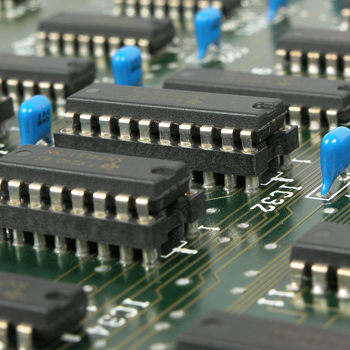 The integrated circuits that are obtained by the combination of analog and digital ics on a single chip are called as mixed ics. These ics functions as digital to analog converters, analog to digital converters (d/a and a/d converters) and clock/timing ics. 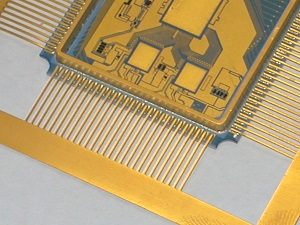 The integrated circuits that operate only at a few defined levels instead of operating over all levels of signal amplitude are called as digital ics and these are designed by using multiple number of digital logic gates, multiplexers, flip flops and other electronic components of circuits.

These logic gates work with binary input data or digital input data, such as 0 (low or false or logic 0) and 1 (high or true or logic 1).

The frequently used analog ic is an operational amplifier or simply called as an op-amp, similar to the differential amplifier, but possesses a very high voltage gain. It consists of very less number of transistors compared to the digital ics, and, for developing analog application specific integrated circuits (analog asics), computerized simulation tools are used.

Ic design can be divided into the broad categories of digital and analog ic design. Digital ic design is to produce components such as microprocessors, fpgas, memories (ram, rom, and flash) and digital asics. Digital design focuses on logical correctness, maximizing circuit density, and placing circuits so that clock and timing signals are routed efficiently. Analog ic design also has specializations in power ic design and rf ic design.

Analog ic design is used in the design of op-amps, linear regulators, phase locked loops, oscillators and active filters. Analog design is more concerned with the physics of the semiconductor devices such as gain, matching, power dissipation, and resistance. Fidelity of analog signal amplification and filtering is usually critical and as a result, analog ics use larger area active devices than digital designs and are usually less dense in circuitry.

Every electronic appliance we use in our day-to-day life,such as mobile phones, laptops, refrigerators, computers, televisions and all other electrical and electronic devices are manufactured with some simple or complex circuits. Electronic circuits are realized using multiple electrical and electronic components connected with each other by connecting wires or conducting wires for the flow of electric current through the multiple components of the circuit, such as resistors, capacitors, inductors, diodes, transistors, and so on.