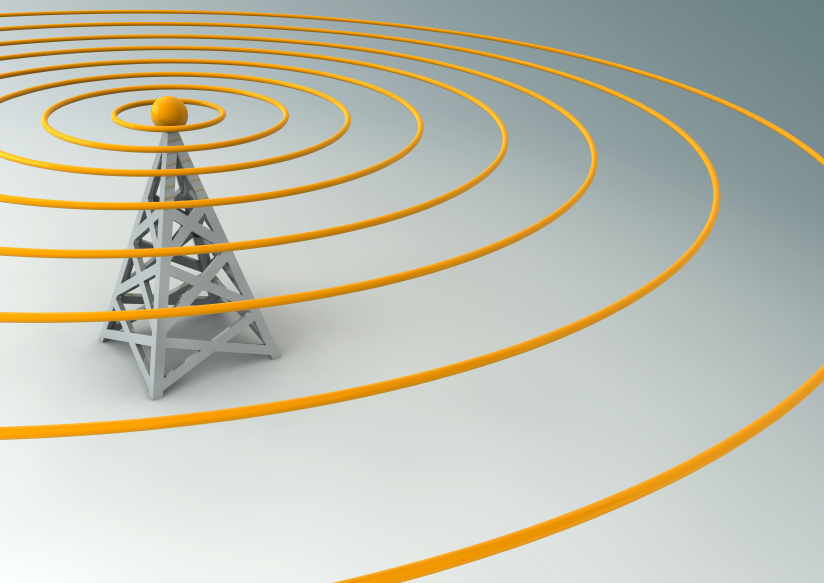 Although we tend to see them as separate from radio waves, microwaves are in UHF and EHF range of radio spectrum, however, presenting the specific characteristics due to their high frequency. The boundary between microwaves and ranges of neighboring radiation is not in fact clear and can vary according to the different fields of study.

Microwave Devices: can be produced in various ways , classified in two categories:

VACUUM TUBES : based on the ballistic motion of electrons in a vacuum under the Electrical influence or magnetic control fields. Include the magnetron, klystron, traveling wave tube (TWT), and gyrotron.

Frequency bands: The microwave spectrum is usually defined in frequency between 1 GHz and 1000 GHz, but other definitions include lower frequencies. Most applications operate between 1 and 40 GHz.

Use of Microwave:
* Bridges or radio transmission between terrestrial Satellite dishes, at distances up to hundreds of Kilometers, of analog signals (eg. TV) or digital up but ability to hundreds of Mbit /s.
* GSM Mobile phones operate at 1.8 GHz frequency to communicate with the base station.
* The Microwave generator uses a magnetron to produce Microwaves at a frequency of about 2.45 GHz to bake food.
* Microwaves are used for communication with satellites since the cross Earth without interference, as is the case for the airwaves.
* The Radar using Microwaves to detect from a distance the presence and the movement of objects.
* The wireless communication protocols, such as the Bluetooth
* Microwaves can be used to transfer energy at a distance, there are several types of new generation weapons that use microwaves.

Security:
Although microwaves are widely used since the mid-twentieth century, their dangerousness is still under discussion.